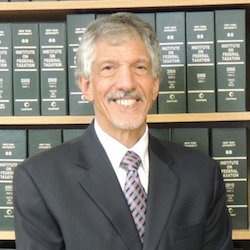 The traditional evolution of a law partnership such as Sanger & Molever ended in 1995, when Jeff ‘s wife Cathy “suggested” that the Molever family, which included two young children, move to Minnesota where Cathy had attended college, worked, and graduated from law school. Jeff helped fulfill Cathy’s “dream” to return to Minnesota and, together in 1996, they started the Molever Law Firm, in the Minneapolis suburb of Plymouth. The Molever Law Firm flourished for over 20 years until the Molevers merged the law firm with a mid-sized firm. When both of the Molever children eventually re-settled in southern California, once again the Molevers went on the move. Not wanting to live “on top” of the children, in 2017 Jeff and Cathy reestablished residence in the Coachella Valley. In late 2018, Howard approached Jeff with an offer to team up again. Shortly thereafter, on February 1, 2019, the Sanger & Molever partnership re-opened its door.

Mr. Molever honed his accounting skills at an international public accounting firm and practiced law at topnotch law firms, including with Howard Sanger from 1986 through 1995. Mr. Molever and his family moved to Minnesota in November 1995, and Mr. Molever became a shareholder in a 30+ attorney Minneapolis law firm. One year later, he opened the Molever Law Firm with no clients but with a dream and the invaluable help of his wife Cathy. In 20 years, the Molever Law Firm grew into one of the Twin Cities largest estate planning practices, representing over 4,000 families. In 2016, Mr. Molever merged his law firm with a “downtown” Minneapolis law firm and worked for the new firm through 2017. After moving back to the Coachella Valley, the Sanger & Molever law partnership re-emerged on February 1, 2019.

Mr. Molever has considerable estate tax planning experience with estates valued at $50,000 to $50 million. Mr. Molever is licensed to practice law in both California and Minnesota, and he is admitted to practice in the United States Tax Court. He is also a member of the American Association of Attorney-CPAs and was a member of the American Academy of Estate Planning Attorneys from 1996 through 2015. Mr. Molever was President of the Desert Estate Planning Council in 1991-1992. Mr. Molever has authored articles on different aspects of tax law, appearing in professional journals such as “The Practical Tax Lawyer,” and he co-authored the book “Guiding Those Left Behind in Minnesota” in 2002. Mr. Molever has spoken at statewide and national professional conferences and has presented over 500 estate planning seminars for the public as well as numerous seminars for private CPA and financial services groups. Two articles written by Mr. Molever are available for mailing: "How Retirement Plan Disability Distributions Can Be Tax Free" and "Retirement Plan Distributions: Don't Add Insult to Injury." Contact Sanger & Molever at 760-320-7421 and we would happily mail you a copy of either or both articles.

Jeff Molever has been meeting the legal needs of clients since 1982. Mr. Molever’s tax planning experience as a CPA and as an attorney, coupled with his LL.M. in Taxation, helps him provide clients with valuable expertise in planning for their future and solving legal issues.

Mr. Molever’s late wife of 36+ years, Cathy, was a math teacher and also an attorney. After growing up in South Dakota, Cathy graduated from the University of Minnesota and William Mitchell College of Law in St. Paul, Minnesota. The Molevers raised a daughter and a son in Palm Desert, both of whom now live in the Los Angeles area.

Mr. Molever has also been involved in charity and community work. He served on the Board of Directors for the Palm Springs chapter of the Arthritis Foundation for eight years and was Chairman of that chapter’s Planned Giving committee. He has also volunteered his time for the American Heart Association. He regularly coached his daughter and son’s baseball and basketball teams in youth leagues.

When Mr. Molever is not practicing law, he can likely be found playing or practicing golf to maintain his single-digit handicap, driving on Interstate 10 back and forth to LA to visit his children and son-in-law, and watch his two young grandsons in sporting activities or performing onstage in musicals or “rock concerts,” or watching a Steelers, Pirates, or Penguins game (yes, he is a very proud native Pittsburgh guy), typically dressed in “black and gold.” Cathy and their children sometimes used other descriptive words to characterize his devotion to Pittsburgh sports teams and their numerous championships!

American Academy of Estate Planning Attorneys
Member from 1996 through 2015.

Contact Us
Practice Areas
Client Reviews
★★★★★
The Sanger firm has represented my family for greater than a generation, creating and recreating our family trust and wills, as well as innumerable leases and other contracts. I have solid trust in Howard's abilities, particularly his tenacious attention to detail and client needs.I cannot recommend anyone higher. M.S.
★★★★★
Before your negotiations with the IRS, the IRS's levies and tax liens, would have driven us out of business. Thanks to your negotiations with the IRS Revenue Officer, our company was not shut down, and our company is now back on its feet, and again successfully operating. Plus, an extra special "thanks" for serving as a buffer between us and the antagonistic IRS Revenue Officer whose aggressive "enforced collection" threats, made it impossible for me to sleep at night, and left me with blood pressure far above 80/120. M.Y.
Submit a Law Firm Client Review